Flutterwave is a Nigerian fintech company that provides a payment infrastructure for global merchants and payment service providers across the continent.

The company was founded in 2016 by Iyinoluwa Aboyeji, Olugbenga Agboola, and Adeleke Adekoya and is headquartered in San Francisco, California with operations in Nigeria, Kenya, Ghana, South Africa , and seven other African countries. In 2021, Flutterwave raised a US$170 million Series C funding round.

A Kenyan High Court has frozen more accounts of Africa’s biggest fintech startup, Flutterwave, over allegations of money laundering. Kenya’s authorities said the Nigerian firm had no approval to conduct cross-border payments in the country, and accused it of fraud.

Months after revelations of alleged mismanagement, sexual harassment, and serious administrative errors Nigerian fintech unicorn Flutterwave, the company has found itself at the center of a Kenyan investigation into alleged money laundering and fraud.

Since April, Kenya’s Assets Recovery Agency (ARA) has launched investigations into transactions made by at least 10 firms and frozen dozens of bank accounts linked to Flutterwave, which ARA officials believe to be “conduits of international money laundering.” The aggregate amount of funds alleged by the ARA to have been laundered or labeled as suspicious via Flutterwave or associated companies is over $200 million.

Flutterwave has denied the allegations. In a statement the company later modified, it claimed the reports about money laundering are false and that it was a target of a “disinformation campaign.” It said that it has “the records to verify” the transactions identified by the ARA. Rest of World has contacted the company several times for these records. Flutterwave has acknowledged the requests, but has not provided further information as of press time.

The scandal has piled pressure on Flutterwave CEO, Olugbenga “GB” Agboola, who has been publicly silent on the problems at the company. Half a dozen sources connected to the company and industry insiders told Rest of Worldthat there are increased murmurings for Agboola to reconsider his leadership role at the company he co-founded in 2016. Now valued at more than $3 billion, Flutterwave is one of Africa’s most prominent startups, providing digital payment infrastructure for businesses and individuals across Africa.

Since the first set of damning allegations went public in April, Flutterwave has been scrambling to steady the ship and regain trust from its partners and investors by overhauling its management team. The company hired a new chief financial officer, Oneal Bhambani, and two finance executives with experience in corporate audits and treasury work from the American Express-owned fintech company Kabbage. The appointments were seen by the African tech ecosystem as an attempt to stabilize the company’s operations, with a view to moving towards an initial public offering in 12 to 18 months time, though that timeline is now less certain with the current global economic downturn.

The appointments were championed by the company’s board, rather than by its management, according to two people with knowledge of the discussions but not permitted to speak publicly. The hope is that the experienced hires would help the startup weather the storm and improve its internal controls.

However, the appointments have been overshadowed by new allegations against the company in Kenya, one of Flutterwave’s largest markets. Court documents dated June 29 and July 1 examined by Rest of World showed that the Kenyan high court froze 52 bank accounts owned by Flutterwave with a total balance of $45 million, and another 10 bank accounts linked to the company but operated by other entities — named as Boxtrip Travel and Tours, Bagtrip Travel, Elivalat Fintech, Adguru Technology, Hupesi Solutions, Cruz Ride Auto, and an individual, Simon Ngige.

In the court filing, the ARA alleged that the bank accounts “were used as conduits for money launderings in the guise of providing merchant services,” and that Flutterwave had engaged in card fraud after one of the company’s bank accounts received 185 online payments with the same bank identification number and by “cards issued by the same bank, at the same point, on the same day.” The agency said it found no evidence of retail transactions from real customers paying for goods and services or any proof of settlements to the alleged merchants. The ARA added that by allegedly providing a payment service platform without authorization from the Central Bank of Kenya, Flutterwave “was concealing the nature of [its] business.”

The ARA has subsequently indicted and frozen accounts belonging to two other Nigerian companies, Korapay and Kandon Technologies, as part of its investigations.

In its court filing, the ARA said it started its investigations a few months ago following a tip over “suspicious activities and transactions” in the bank accounts of Flutterwave and other indicted companies.

A source at one of the indicted companies said the probe started in February, after the ARA launched an investigation into RemX Capital, an entity linked to RemX Holding Kenya and a Dubai-incorporated company operated by Eghosasere Nehikhare, a Nigerian businessman. RemX lists two other directors, Olubukunmi Olufemi Demuren and Olubunmi Akinbanjo Akinyemiju, both of whom are co-founders of Venture Garden Group, whose startup fund was an early investor in Flutterwave.

Local press reports say the ARA is exploring potential links between RemX and an unnamed but “powerful” Kenyan politician. This inquiry centers on allegations of a possible money laundering scheme worth up to $215 million.

This inquiry centers on allegations of a possible money laundering scheme worth up to $215 million.

In April, the ARA secured a court order to freeze the six bank accounts linked to RemX and other companies with a total balance of $47.3 million. RemX’s Nehikhare, Demuren and Akinyemiju have denied the allegations, claiming the investigation is likely “political” and suggesting that “perhaps these actions are related to the upcoming elections in Kenya,” which is scheduled for August 9.

The ARA alleges a connection between Flutterwave and RemX after identifying a Kenyan bank account opened by the company, which received over $105 million between 2020 and 2022, mainly from Flutterwave’s foreign accounts. The funds were later transferred to a fixed deposit account or RemX Limited, the ARA said in its court filing.

The nature of the transfers and their origin are alleged to be “proceeds of crime,” the ARA’s lead investigator Isaac Nakitare wrote in the filing. The agency did not respond to Rest of World’s requests for comments.

Further reporting by Rest of Worlduncovered a complex web of relationships between Flutterwave, members of its management and some of the indicted entities. In one case, the ARA probe found that between September 2021 and April 2022, Flutterwave received over $47 million from AdGuru, a digital marketing company.

AdGuru is incorporated in Nigeria and lists Okonkwo Adaeze Chinenye and Caroline Wanjiku Muchina as directors. The ARA said Muchina is the spouse of Flutterwave’s East Africa business head, Mouko David Elizapha Omaanya. Rest of World’s reporting revealed that Chinenye is the only other shareholder in Berrywood Integrated Concept, a Nigerian company co-owned by Flutterwave’s CEO. In April, Rest of World reported on how Flutterwave’s leadership used Berrywood Capital to buy back equity from departing employees and early angel investors at a price that was below their true value. Flutterwave did not respond to Rest of World’s request for comments at the time.

Chinenye is also a majority shareholder in Rainbow Technology Solutions, which joined Flutterwave to make fund transfers to Bagtrips Travel, one of the companies indicted by the ARA for alleged money laundering. Bagtrips Travel and another indicted company, Boxtrip Travel and Tours Limited, were incorporated by the same lawyer in Lagos on November 24 and 25, 2021 respectively, according to data on B2BHint, a business directory service. Between April 27 and May 6, the firms received a combined $7.7 million from Flutterwave, with Bagtrip Travels also receiving funds from Rainbow Technology Solutions.

“No supporting documents were provided to justify the transactions,” the ARA wrote, creating suspicions “that the bank accounts were used as conduits for money laundering.”

Flutterwave has not responded to Rest of World’s requests for comments about the nature of its transactions and its relationships with these companies.

The ARA investigation may not be the end of Flutterwave’s alleged troubles in Kenya, where it faces more regulatory challenges. Three sources with knowledge of the discussions told Rest of World that the company is struggling to get a payments license from the Central Bank of Kenya. Typically, obtaining a license certifies that the company has met certain standards to allow customers and merchants to make transactions securely and reliably. But in practice, acquiring a Kenyan payments license can be a long and complicated process, sometimes taking years, according to Kenyan industry watchers.

Thank you for reading this article we will appreciate it if you share with others. 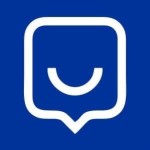 InflowPost is a tech media and news website, reporting on the business of technology, fintech, crypto & finance.

Was this article helpful?
YesNo